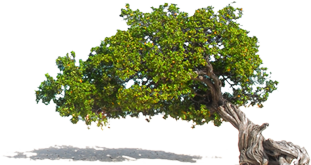 5 A.M.
With her gold stained hand she dries her tears. At night she had a hard time to keep back her tears. Now she s exhausted. Like water out of a burst pitcher, the teardrops run across her cheeks. She grabs her poncho. Creeps out of the lamaskin. Straightens her skirt. Tiptoes to the other room. She bows over the sleeping child. Juanita moans softly and as she turns over, her thumb slips out of her open mouth. Like a gleaming fan her hair s spread around her head. Yes, Juanita is the prettiest child from the plateau. Now she feels Tupac s warm hand on her shoulder. He pushes her gently to the other room. Sobbing she falls in his arms. He rocks her softly, while he mutters: o Huaca father, great creator, call your child and let her live in endless happiness in your house.
Then he dabs her eyes with his poncho and as he caresses her forehead with one hand, with the other hand he pulls the lamaskin over her shoulders. Carefully Tupac pulls the curtain aside. Steps outside. The cold open air punches him wide awake. The lama s come to greet him. As usually they sniff at his hand, his trousers pockets. Lost in thought, Tupac strokes their soft heads. When they notice that there is nothing to eat, they step stately away. The colourful woollen adornments on their ears dangles disturbed. The plateau onrolls the morning mist. Far away the volcano decorates the vivid blue with smoke-garlands. The wind rakes the clouds together. The snowy mountaintops become visible.
The village awakens full of energy. The day the with the last preparations, the day before the sacrificial feast has begun.
9 A.M.
She plaits Juanita’s hair with a red ribbon in it. Give the young lama s some pancake. She watches how Juanita hops towards the lama s. Her two plaits dance in the air. She swallows. She closes her eyes. In thought she makes her day-program: wash the breakfast things; check the dish s golden rim, paint it if necessary; fragrant oil…
Juanita’s high voice sings: ’Mama the lama.’ She steps outside. Oh, she sees it already. The smith is there with the silver lama for the procession. For a moment she thought it was about the the real lama. The smith greets her silently and trembling with emotion he puts the lama in her hands. She can’t say a word. Its like her throat is filled with clay. Juanita caresses the cold lama.
How warm it was then, that day in the sixth month. Her cheeks were round. She was just a baby. Tupac put her on the lama. She crow with pleasure. Clapped in her little hands. They both had as much fun as their little girl. They were also proud, that the flock of lamas grew each year. The sacrifices were not in vain.
12 P.M.
Out of the biggest pitcher, she takes all the requisites for the procession. She had already checked twice, but her uncertainty forces her to look everything over once more. She expands the things in front of her. The dish with the bird’s-head, the two wooden cups, the silver lama, head-ornament made of many-coloured feathers, the embroided pouch with the coca leafs, the bag with gold stitching for the corn grains… She hears the thin voices from the girls. Pushes the curtains aside. Looks outside. Two and two the girls walk and sing the sacrifice-song. They had put an old poncho around Juanita’s shoulders. Made Juanita an head-ornament from corn-leafs.
How often she herself had done the same with her friends. She did not notice that the dressmaker came in. She jumps up as the seamstress touches her. They greet each other. One by one she takes the clothing out of the basket. Put them beside the ritual objects.
3 P.M.
The threads stretches around Juanita’s narrow waist. She counts the wrap-threads. Weaves skilful the red thread according to the old patterns of the altiplano. Juanita shuffles on her bottom, till she gets the right tension once more.
On her knees her mother admires the sameness of the tissue. This time she combined the colours faultless. It was the first time she made the dye without help.
‘Juanita come! We are going to help the boys scare away the birds.’ Twenty bare feet run to the cornfields.
She caresses the textile. She will have to finish it herself. She’ll miss Juanita’s counting: one-two-three, one-two-three, one-two-three.

7 P.M.
The damp clothes puts the hut in a thin veil. She rubs Juanita’s arms, belly, back, legs. The girls dusty feet make brown prints on the warm cloth she stands on.
10 P.M.
With her husband she kneels in front of the bundle on the sleeping-mat. The child breath calm in her sleep. She gesticulates. Tupac puts a finger against his lips. She points at Juanita’s arms. Then he also sees it. Juanita holds the silver lama against her breast.

Newspaper-article
Spring 1996
Two mountaineers found a mummy in the Andes. It is a girl about eight years old. It is a human-sacrifice from five hundred years ago. The mountaineers called the mummy Juanita.